Getting up without an alarm. Coffee with the family, with the additional treat of biscuits from South Africa (if anyone is curious as to why South African biscuits are just better, I believe the secret is: Oats. Coconut. Golden syrup. Three ingredients you won’t find often, if at all, in American cookies.) An afternoon spent in a bookstore with my uncle. Books. More books. More Coffee.

All in all, it was a very lovely lazy day.

I went to Barnes and Noble for the first time in….too many years, with my uncle who is visiting from South Africa. There are so many books!!! And that’s not even *all* of them (pause for a moment of awed silence).

So many books to read.

So many books that I don’t have to read because they’ve made movies out of them. (Just kidding.)

I wandered among the shelves, picking up anything that caught my fancy for whatever reason, flipped through, put the books back (in the wrong place sometimes). It was nice to just browse, though I admit I made a fairly quick beeline for the sci-fi/fantasy section, and found all the books with dragons on the covers 😉

It really had been too long since I’d been into a bookstore, or even a library. Sometimes, with the internet and Kindles and ebooks and iThings, I forget what it’s like to actually hold a real book of paper and ink in my hands. Truly, that’s why I love to write, and the reason I wanted to write in the first place. Not for the electrons and lights on a screen; while that may be handy and you can carry a library in your pocket, it doesn’t compare to a real live book.  A Kindle doesn’t smell as good either.

When my uncle and I were done wandering through the shelves, we sat and had cappuccinos with cinnamon (a new experience, cinnamon in coffee, but it was quite nice) and talked about stuff. We learned some stuff too, while leafing through magazines, like the fact that war elephants were a big deal before tanks, and they were deadly and pretty much unbeatable, but they didn’t like the sound of pigs squealing, so the Romans would get”war pigs”, cover them in tar and light them on fire in order to scatter the elephants and send them trampling over their own soldiers. Ah, the things we humans think up…

…but back to the here and now and a nice, air-conditioned bookstore serving Starbucks coffee with free Wifi. It was a nice outing, and I thoroughly enjoyed it. And it inspired me to read more than I do. Sometimes I get so caught up in writing that I forget to read. 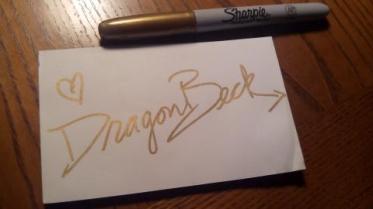 I hope you have a lovely night, and don’t forget to read a good book!!